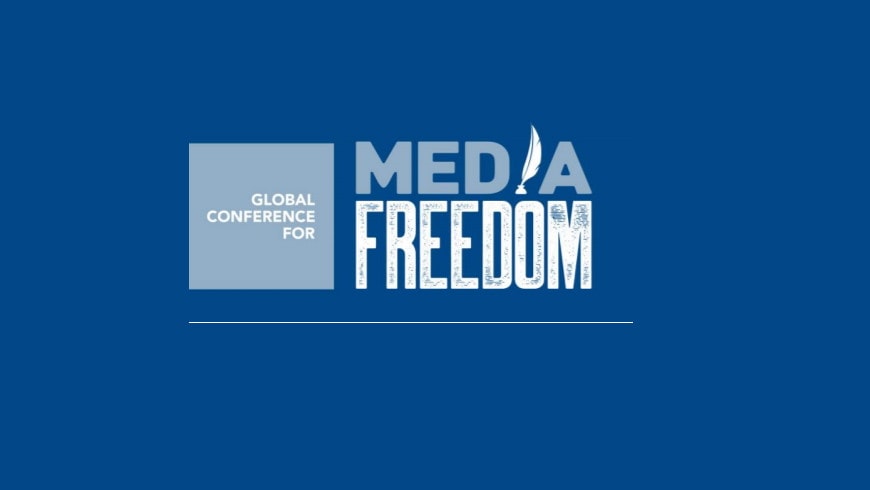 It was drawn to the attention of "Maharat Foundation" that Lebanon did not sign the final statement of the ministerial meeting of the 2020 Global Conference for Media Freedom that was hosted online on November 16, 2020 by Canada and Botswana. 36 out of 37 member states of the " Media Freedom Coalition " signed the statement. Lebanon, a state member of this coalition, did not sign the statement. Lebanon was present at the ministerial meeting represented by the Minister of Foreign Affairs in the caretaker government, Charbel Wehbe. Thus, Lebanon was the only country in the coalition that did not sign the final statement.

This conference, was moderated by Canadian Foreign Minister Francois Philippe Champagne and attended by representatives of governments, civil society, academics and international organizations. A statement was issued at the end of the meeting in which the members of the " Media Freedom Coalition" held the first ministerial-level meeting on November 16, 2020, to exchange views and coordinate action in the defense of media freedom worldwide. The members of the coalition have signed the Global Pledge on Media Freedom during the first conference of the coalition hosted by the United Kingdom in July 2019. As signatories, each member has made the commitment to work together to improve media freedom and the safety of journalists

The statement called the coalition members to work together to advocate for and support media freedom, online as well as offline, ensure the safety of journalists and media workers, and to end impunity so that journalists around the world can work freely. The statement also condemned the attacks against journalists, underlined that media freedom is essential to the protection of human rights, that the media is a cornerstone of democracy, and the public opinion cannot hold politicians accountable and play a monitoring role without a free and independent media.

The statement expressed alarm at the continued decline in media freedom driven by the rise of authoritarianism and the use of digital technologies to restrict media freedom which was reflected in restrictive laws, arbitrary surveillance, censorship, and undue interference in the circulation of information online.

The statement called for a healthy information ecosystem that depends on a free, independent, plural, accessible, and diverse media representing the most marginalized groups including women and LGBTI persons.

The statement included a series of recommendations for the countries, the most important of which was providing safe refuge for journalists at risk, and strengthening measures to foster an enabling legal environment for freedom of expression.

Maharat Foundation is concerned that Lebanon abstained from signing the statement which called the member states of the coalition to take more guarantees to protect media freedom, safety of journalists, freedom of expression, and promotion of diversity. This came along with a decline in the level of freedoms in Lebanon and increased attacks, arrests and restrictions on journalists and activists, especially those with critical opinions about the situation in Lebanon, and practices that impede access to information and prevent journalists from doing their monitoring role on the political authorities.

Maharat Foundation calls the Lebanese Foreign Ministry to clarify the reason why Lebanon did not sign the statement and whether it bears an underlying political decision not to support and enhance freedom of the media in a critical stage of the democratic transition that requires strengthening the role of free media in accountability.

Maharat Foundation calls the Lebanese government to reconsider its position towards the Media freedom Coalition statement. Maharat also calls the government to take an advanced position in defending media freedoms, ensuring the safety of journalists, and adhering to its international obligations, especially since Lebanon was progressive in this regard. However, the media environment in terms of freedom and safety in Lebanon has declined dramatically in recent years. Enhancing this environment requires the Lebanese government to strengthen the freedom of expression ecosystem and ensure the safety of journalists.