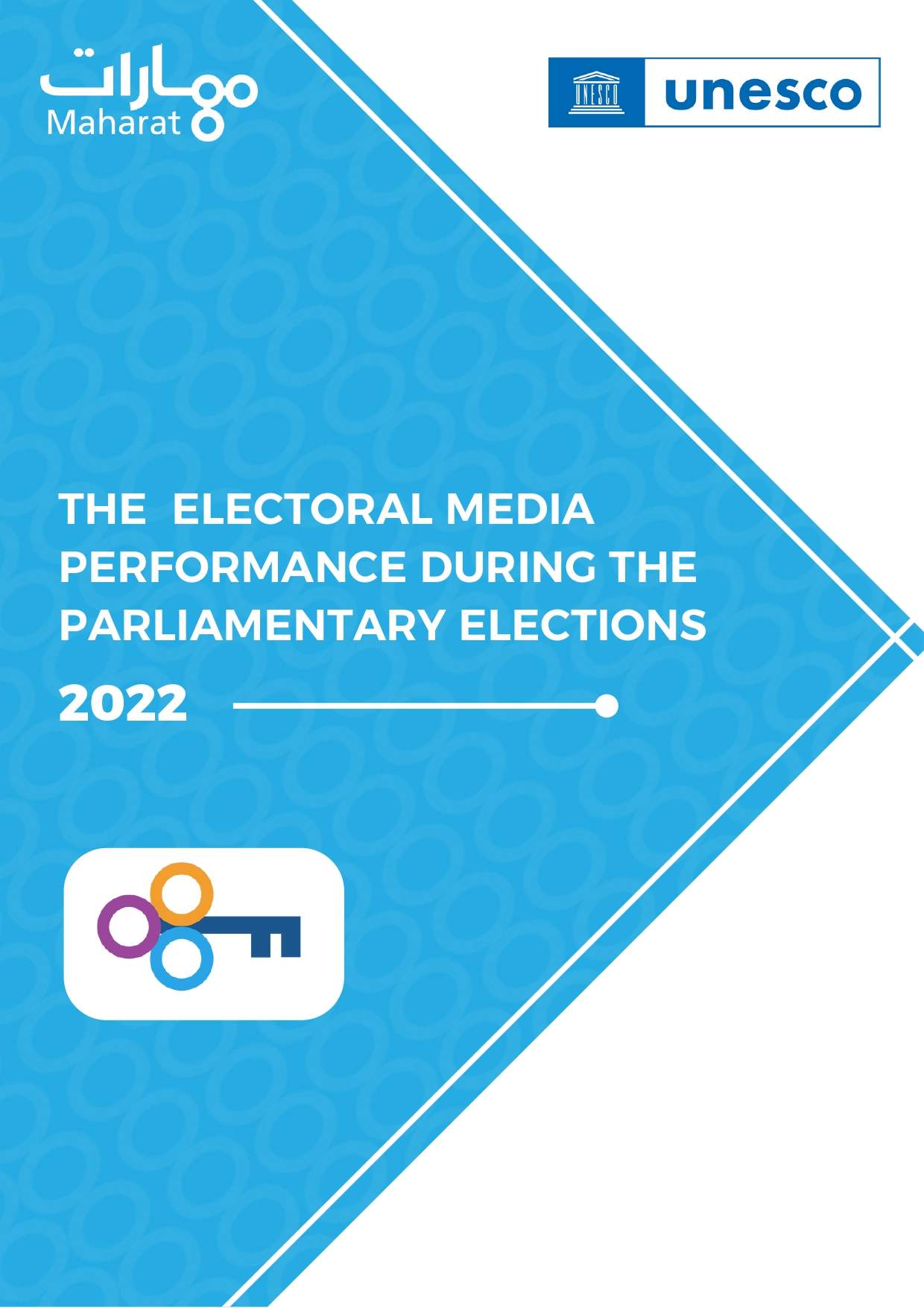 The Electoral Media Performance During the Parliamentary Elections 2022

A study conducted by Maharat Foundation showed that the principle of equal opportunities was not secured in terms of the electoral media’s performance within the Lebanese legislative elections 2022. According to the report issued today, under the title “TV electoral media performance during the legislative elections 2022,” which is a summary of the monitoring of local television stations since the first of February until the date of the election, great differences emerged and appeared between the candidates and the parties in the percentages of their television appearances, especially in favor of the traditional parties, as well as the candidates did not have equal appearances on talk shows. Likewise, female candidates did not have equal access to television compared to male candidates.

The study concluded that the parliamentary elections in Lebanon once again showed a gap in the media’s performance, which raises fears and questions about the integrity of the electoral process, at a time when the integrity, its success and the achievement of its objectives in any democratic system are linked to rightful media practices that ensures the media role in this process. The study presents conclusions and recommendations in an effort to address the gaps in the media practices, whether at the legal level or in the field of journalistic practices. Maharat Foundation called for an independent administration for elections, activating the law on the right to access information and making it available by public authorities, initiating public communication and voter’s electoral education, protecting the free flow of information, access to information and the work of field journalists, and setting in motion the application of the law in terms of electoral media and advertising to ensure the principle of equal opportunities in the media, in order to provide all parties the opportunity to reach out to voters and explain their electoral programs.

In details, the TV channels monitoring has shown that traditional political parties still dominate the media scene and acquire the largest share of coverage in news and talk shows which draws the question regarding the possibility of emerging political parties and change movements to introduce themselves and offer their vision of change to the public. Candidates from emerging parties, who represent 60% of the total number of candidates, did not have an equal share of TV appearance in comparison with traditional parties. In fact, monitoring the direct access to candidates from emerging parties through local news between February 1st and May 15th has proved that these parties have only had a 5% of coverage, compared to 95% for traditional parties. As for talk shows aired between February 1st until the date of the elections, the emerging parties recorded a high share of appearance in news bulletins reaching 37%, compared to 67% for traditional parties.

As for the media coverage and access that the female candidates received, women did not have equal access to television compared to male candidates. In fact, the number of electoral lists reached 103, distributed over 718 candidates in total, including 600 males and 118 females, whereby females represented 16.3% of the total number of candidates. Yet, based on the TV news bulletins monitored from the first of February until the elections date, women’s TV appearance reached 5% compared to 95% for men. The percentage of active women participating in the political field in talk shows increased, reaching 18%, compared to 82% for men.

Voter’s ​​electoral education materials on TV stations monitored between February 1st and May 15th  was limited to 0.13% of the total ​​television coverage of political actors and issues related to electoral affairs. No media production included electoral media material targeted to people with disabilities.

The study showed that the talk shows turned into "one guest" programs, where discussions were absent. The study also explains in detail the media appearance rates of the candidates and competing parties.

The study examined how local television channels (7 channels) were covering the elections since February 1st, 2022. The coverage of political activists who were monitored through these channels extended around 850 hours, excluding programs that were rerun. The coverage comprised all programs aired between 10am and midnight, from February 1st to May 15th, including live statements delivered by political activists, in addition to broadcasting areas designated for information related to the electoral affairs, awareness, education and electoral campaigning and advertisement.

To check the full report in English, press here

To check the executive summary in English, press here

To check the full report in Arabic, press here

To check the executive summary in Arabic, press here