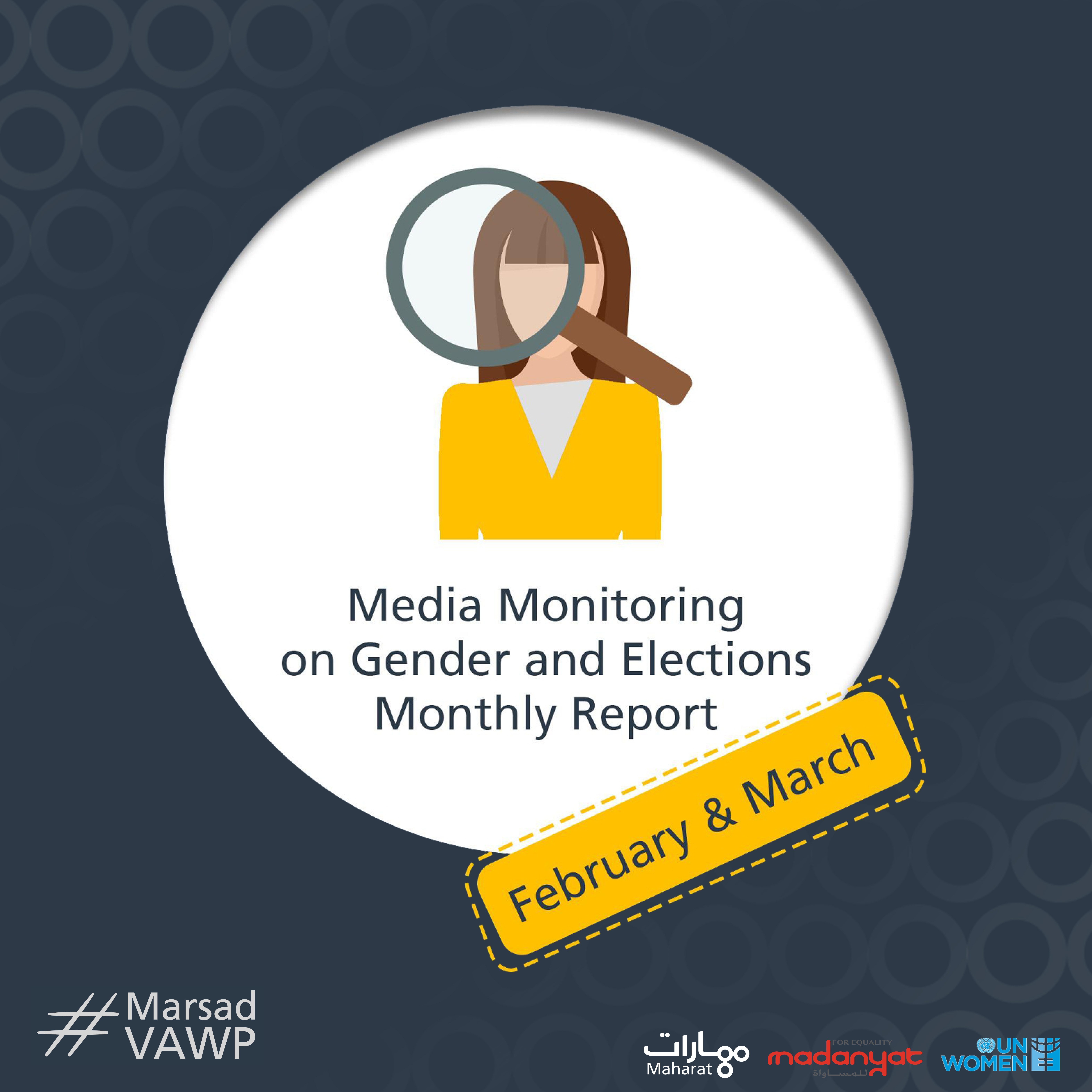 Maharat Foundation and Madanyat Association work with UN Women to monitor television and social media concerning violence against women in politics in the period prior to the 2022 parliamentary elections.

This summary provides a quick overview of the findings during the months of February and March.

- The accounts of 23 candidates and activists in the public field were monitored on Twitter and Facebook in the time period between February 1 and March 31, 2022.

- Monitoring results in March showed that 8% of the comments on the posts of the monitored candidates and activists manifested some form of violence, and the other 92% of the comments did not include violence.

- Online bullying came at the forefront of forms of online violence against women in politics, followed by violence based on appearance, then harassment and threats of a sexual nature, bias against women, threats and intimidation.

To check the full report:

To check the brief: