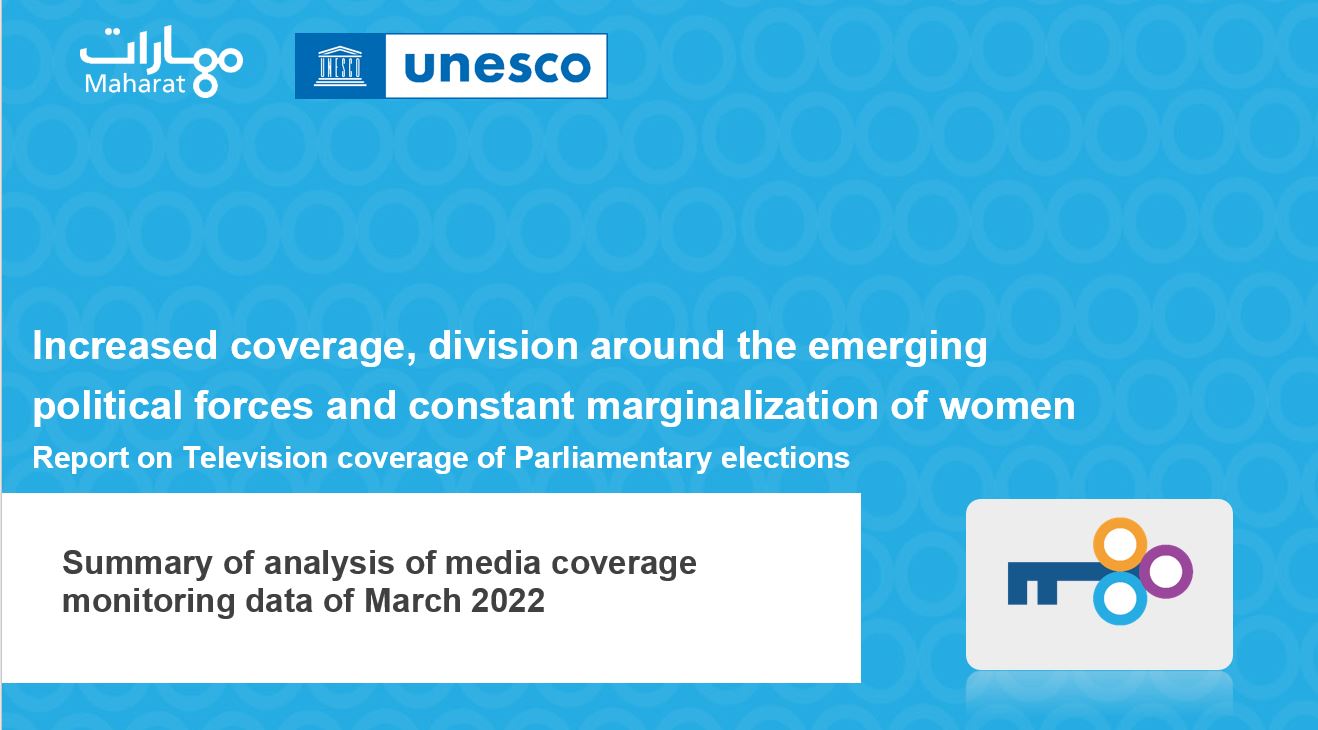 Increased coverage, division around the emerging political forces and constant marginalization of women

The study of TV stations' coverage of electoral campaigns during the month of March carried new elements, the most important of which might be 3 elements:

- The second is the launch of stations in the practice of electoral advertising, which is the promotion of certain political parties, and it is mostly a paid advertisement that stations are supposed to declare and inform the viewer of, or else these stations in clear violation of the electoral law. This was practiced by all stations, including TeleLiban, but LBCI was the only one that reported this to viewers in its direct coverage.

- The third is the significant increase in the volume of coverage regarding the issue of elections on all stations, compared to the past months, which confirms that local political life is getting prepared for this major political event.

This study carried out by Maharat Foundation in cooperation with UNESCO, accompanies monthly TV stations’ coverage of the upcoming parliamentary elections. It is possible to return to studies of the past months to keep abreast of political and media indicators on the progress of the electoral process by keeping pace with seven television stations that are monitored, which are the following: OTV, MTV, LBCI, ALMANAR, NBN, ALJADEED, Tele Liban.

This monitoring allows to keep pace with what these stations broadcast from ten in the morning until midnight regarding the parliamentary elections in their talk shows and political programs, and their news bulletins and satirical programs, and determining the figures (politicians, activists and actors) who appear on screens, the duration of their appearance on the screen, the prevailing general rhetorical tone, the position of women in the media space, electoral education and campaigning, and other issues that accompany broadcasting and media discourse.

To check the full report:

Increased coverage, division around the emerging political forces and constant marginalization of women