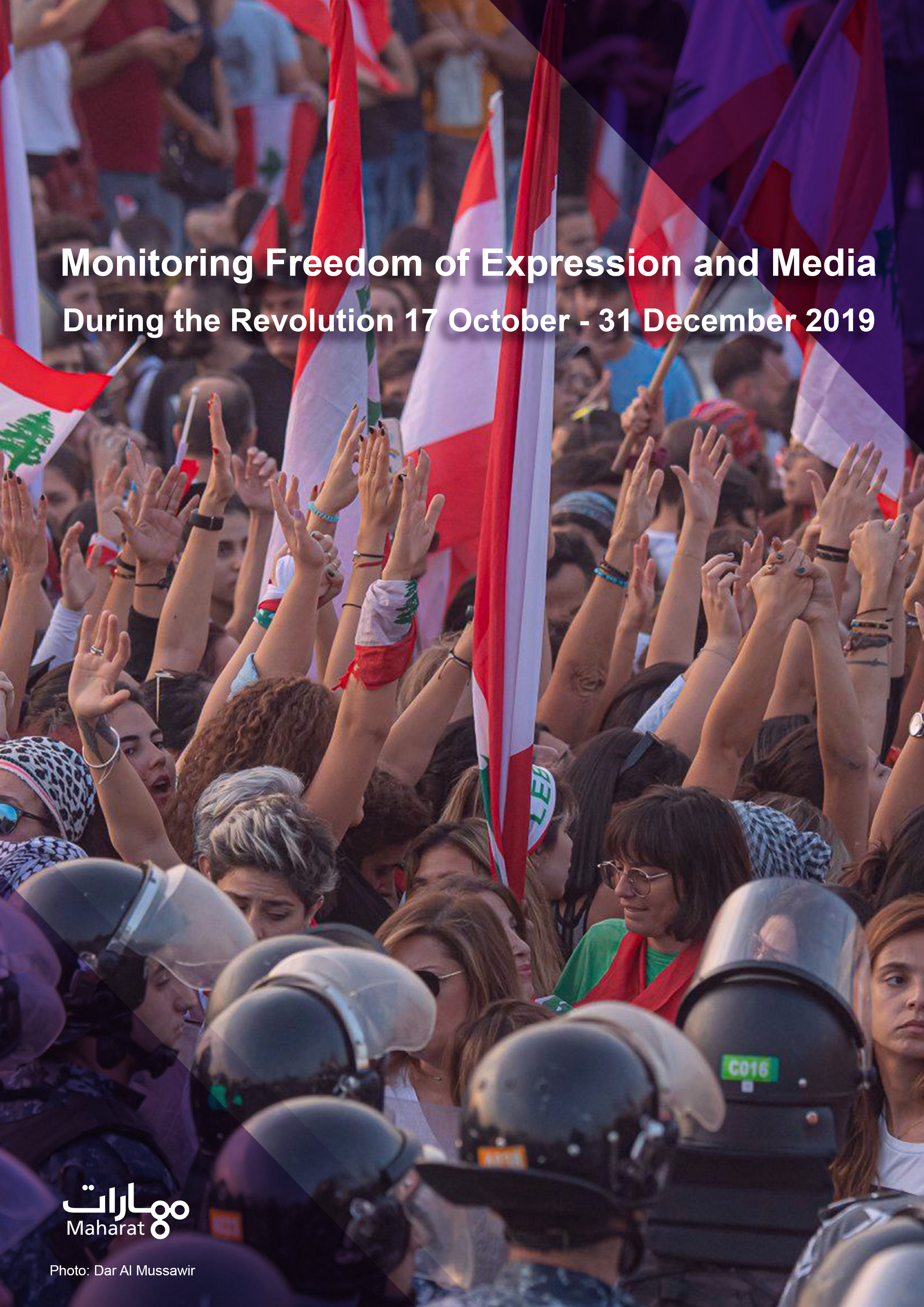 Monitoring Freedom of Expression and Media During the Revolution

The Lebanese revolution launched on October 17th carried till to the end of December 2019 major transformations in Lebanese social life and this must leave many repercussions on the future of Lebanon for the coming years.

This study aimed at monitoring and documenting the revolution in regards of freedom of opinion that was the most powerful mean to raise the voice of people to reach all the Lebanese regions, and reached different countries around the world through the media coverage of international media organizations. The revolutionary voices of people challenged all political leaders; which is something encountered for the first time in Lebanon. Thus, this affected deeply the entire community, including journalists, media institutions, activists, unions, and academics.

The most significant thing is that freedom of expression has reached its peak during the revolution, and this is an unprecedented phenomenon in Lebanon. People criticized politicians freely and their expression reached the extent of defamation, and public accusation of corruption and theft. This way of expression was used daily by the protesters through different media platforms without any fear or formalities. Thus, the popular movement deserved the name "revolution" because it broke all the principles of the traditional ways of expression, and broke the barrier of fear of prosecutions, as if people on the streets wanted to destroy the image of politicians, since they lack the ability to remove them from their posts.

Media institutions also broke many professional and ethical rules, where some of them provided their space for protesters without any control or monitoring, or through intense discussions; others went for unjustifiable silence (like the case of Lebanon TV).  Therefore the protestations and popular movements were main part of media coverage of some TV stations, where these institutions seemed part of the revolution and a mirror for the protesting people.

Based on this fundamental role of media during this revolution, it is crucial to document issues related to freedom of opinion and expression that became the weapon of protesters against the authority forces that tried to oppress them.

The freedom of opinion and expression related events can be documented through three categories:

First: oppression campaigns against freedom of opinion and expression,

Second: freedom of expression is the weapon of the revolution,

Third: media institutions amidst the revolution.

To read the full report: Monitoring Freedom of Expression and Media During the Revolution