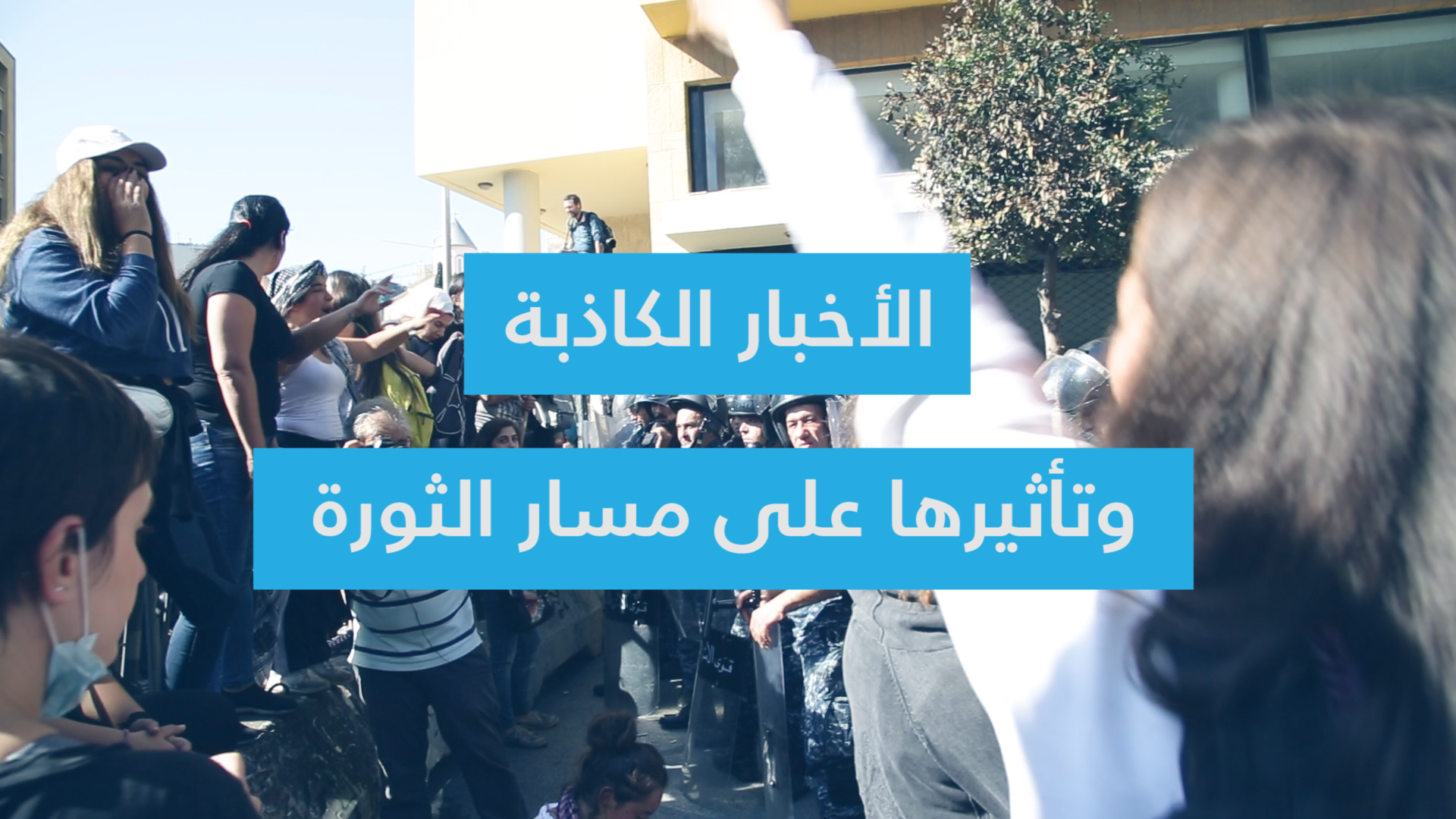 Fake News and their Effect on the Revolution

The October 17 revolution was not spared from fake news.

The unprecedented protests against the political system and corruption were accompanied with fake news that misled both people and media.

To document the events in relevance to fake news that were spread, Maharat produced this documentary that answers the following questions:

Many types and forms of fake news were spread during the revolution for many reasons, and they were easily spread on social media without fact checking.

Fake news are a threat for democracies, we have to fight them as individuals by analyzing the news in relevance to the context of events and critical thinking.