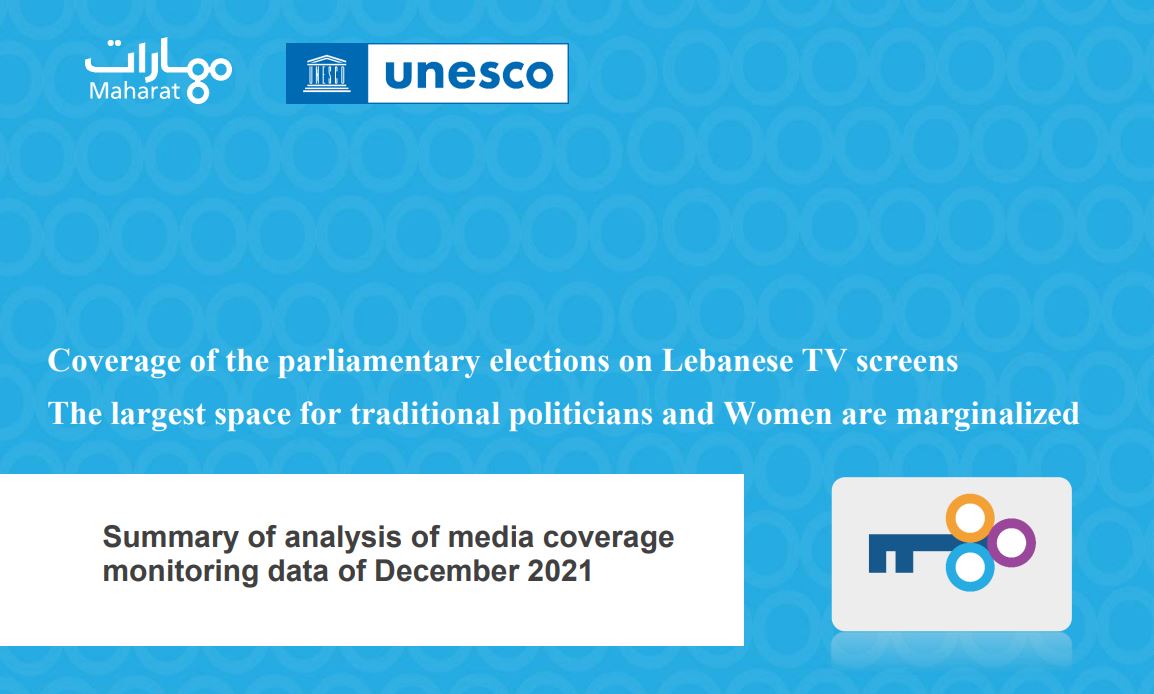 A study published by MAHARAT Foundation on television coverage in Lebanon showed that election campaigns for the upcoming parliamentary elections have not yet begun, and that traditional politicians still occupy the highest percentage in coverage of news bulletins, and that women are still marginalized in this field.

The study was part of the monitoring process of Lebanese television stations conducted by MAHARAT in collaboration with UNESCO to highlight trends of local stations and how are they dealing with the elections, which are considered of great national interest.

Last December, monitoring included seven television channels:  MTV, LBCI, ALJADEED, AL MANAR, NBN, OTV and TL. This also included the main talk shows on these stations. It is the subsequent study on the subject after a first statistical study that monitored the month of November, and aimed to analyze the contents of the television space on the eve of the elections.

Monitoring showed that "traditional politicians” were the largest category of news bulletins and talk shows, with 27 percent versus 3 percent for "emerging political groups."

On the status quo of women on screens and the space given to them, the study displays that political life in Lebanon is still distinctly male dominated and that women are still marginalized, as their media appearance does not exceed 4% of the space given to men.

The study can be found in English version on:

The study can be found in Arabic version on: