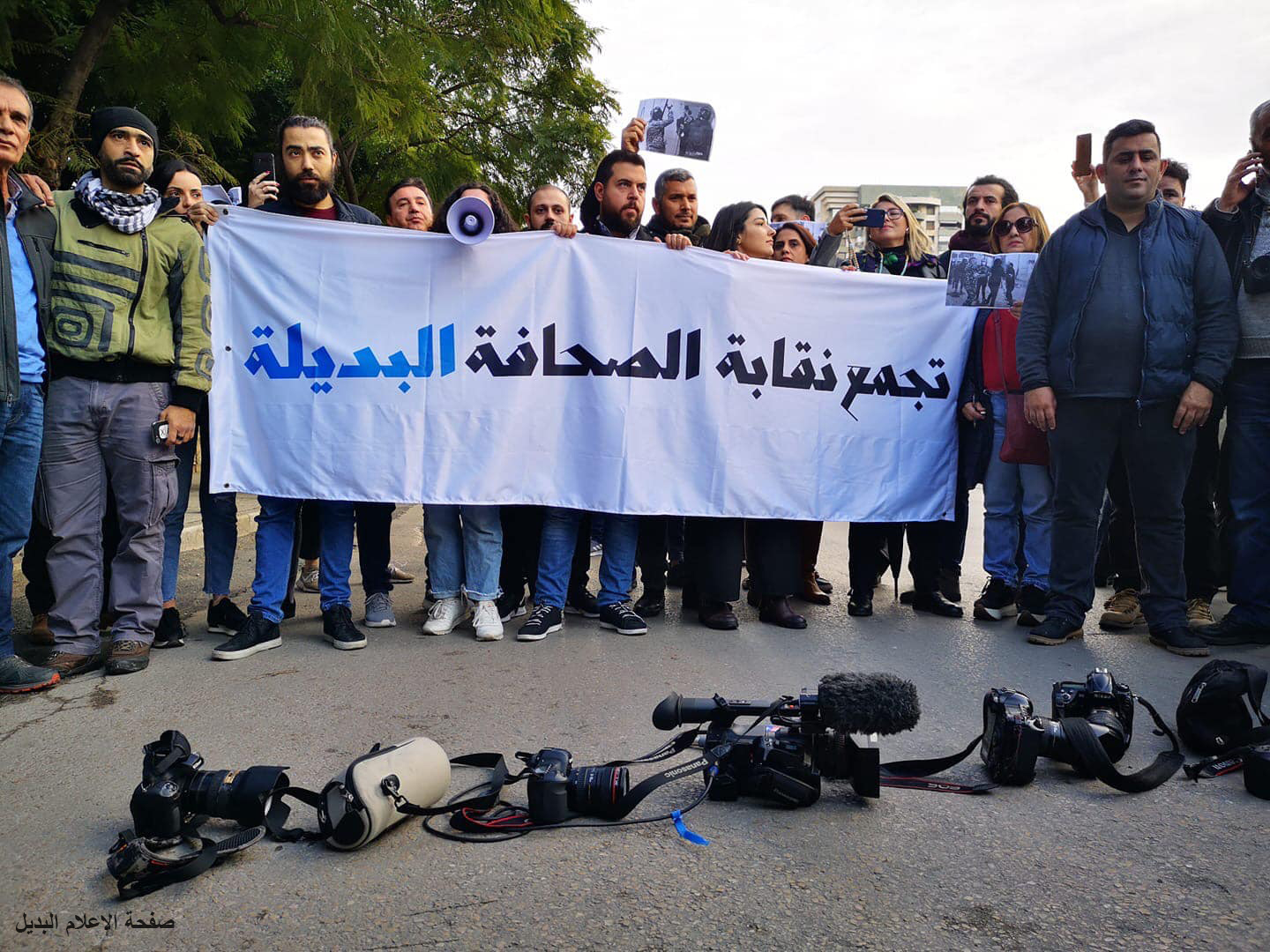 Maharat condemns the attack of security forces on journalists during their coverage of the protest organized on January 15th in front of Al-Helou Barrack despite having their press IDs, badges, cameras, and constantly introducing themselves as journalists.

Maharat calls the minister of interior in caretaker government Raya Hasan to hold a transparent investigation, to hold the attackers accountable and inform the public of the results of the investigation.

This took place on Tuesday, January 14when protesters clashed with security forces who arrested a large number of protesters violently, and took many of them to the Al-Helou barracks in Beirut.

While journalists were covering the protest that was organized the next day, on  January 15, in front of Al- Helou Barracks to demand the release of the detainees, physical attacks and verbal violence was used against the reporters and photographers who were covering and documenting the brutal and excessive use of violence by the security forces against the protestors.

Reuter’s photographer Issam Abdullah confirmed to Maharat what he posted on his personal account on Facebook, saying that he was beaten with an attempt to be arrested by the security forces despite showing his press card and frequently identifying himself as a journalist.

Annahar photographer, Nabil Ismail, told Maharat that the attacks and breaking of his motorcycle were caused by protesters and security forces. Ismail added, "This attack against journalists during coverage has become a regular matter."

Maharat emphasizes the necessity of respecting the right of media coverage and informing people about the events, and access, document and publish accurate information.