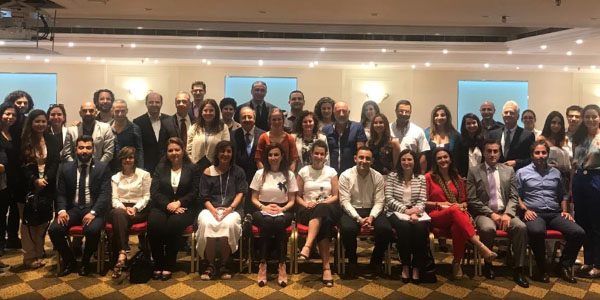 The law was adopted in 2017, but the majority of public administrations did not abide by it. In June 2019, three positive indicators to apply the rights to access information law were noted: launching the cooperation program about good governance between Lebanon represented by the ministry of administrative reform and Organization for Economic Co-operation and Development OECD, approving the law to establish national anti-corruption commission, and launching the participatory plan of the ministry of administrative reform to apply access to information law.

According to Mrs. Natasha Sarkis from the office of minster of state for administrative reform, the plan was developed to face many challenges that hinder the application of the law, the first challenge we face is the lack of a list showing the administrations that are applying the law, in additions employees of these administrations need capacity building on this law since it deals with 2 aspects, the first is request of information by citizens and the second is obligation of administrations to publish information on their websites.

The former MP Ghassan Moukaiber said that the adoption of anti-corruption law including the establishment of national anti-corruption commission is very important but the challenge remains in providing financial and human resources for the commission to pursue its role.

The legal expert at Maharat Foundation Tony Mikhael said that we should approach the plan positively since it is participatory among the ministry, civil society, and specialized international organizations; but he showed concern of the lack of resources for the commission to do its work.

According to Mrs. Natasha Sarkis, this plan was developed and the ministry has a coordination role in its implementation but the relevant administrations have the responsibility of effective implementation of this law. Tony Mikhael added that the success of the access to information plan depends on the recruitment and training of employees, mechanization and digitization in public administration, proper archiving and documentation, and developing digital tools for publishing and interaction with citizens through media and communication strategy.