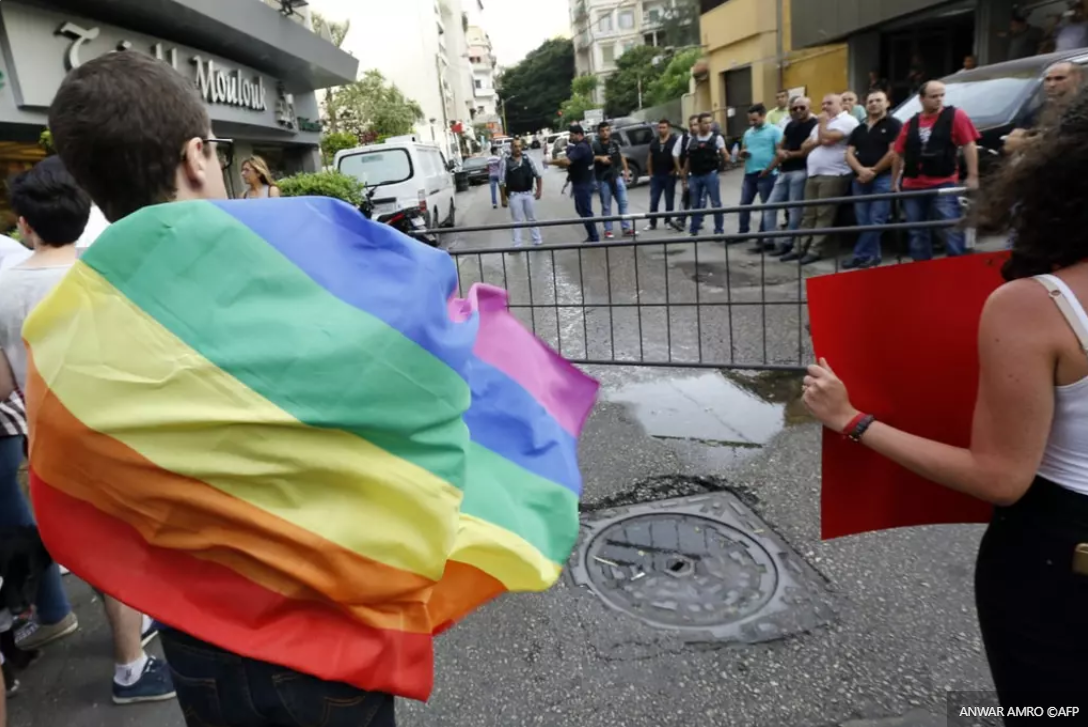 Lebanese authorities have unlawfully banned peaceful gatherings of lesbian, gay, bisexual, transgender and intersex (LGBTI) people, the Coalition to Defend Freedom of Expression in Lebanon said today. The ban violates LGBTI people’s constitutional rights to equality, free expression, and free assembly and Lebanon’s obligations under international law and comes during an economic crisis and a worsening climate for the rights of LGBTI people in the country.

On June 24, 2022, Interior Minister Bassam al-Mawlawi sent an urgent letter to the directorates of Internal Security and General Security instructing them to ban any gatherings aimed at “promoting sexual perversion.” The letter includes vague and overly broad grounds, citing no legal basis, to determine that such gatherings violate “customs and traditions” and “principles of religion.” The interior minister said this decision was in response to calls to his ministry from religious groups to “reject the spread of this phenomenon.” The letter is understood to refer to gatherings by LGBTI groups, citing a message circulated on social media that detailed plans for activities organized by LGBTI activists.

“The Interior Ministry’s unlawful decision to ban events promoting LGBTI rights alarmingly indicates the deterioration of human rights and freedoms in Lebanon,” said Tarek Zeidan, executive director of Helem. “The ban tells LGBTI people that the government is willing to throw away their fundamental rights if others want them to.”

A wave of anti-LGBTI hate speech on social media by individuals and some religious groups, followed the ministry’s letter, including incitement to violence, death threats, and calls to ban the scheduled events by force. Several parliament members also made statements condemning the “promotion of homosexuality.” Activists who had planned and publicly announced a peaceful march on June 26 against the ban said they indefinitely postponed the protest due to threats of violent counter-protests and fears that the security forces would not protect them.

Activists said the security forces attempted to justify their interference by claiming that the organizers “failed to obtain prior approval from the authorities,” citing the 1911 Lebanese Law on Public Meetings. However, that law only applies to public meetings. The security forces’ reasoning contravenes international guidance on freedom of assembly under human rights law, which excludes notification requirements where the impact of the gathering can be expected to be minimal, which would be the case for a small workshop held in private.

The interior ministry’s decision comes at a time when more than 80 percent of the country’s residents do not have access to basic rights, including health, education, and an adequate standard of living, according to the United Nations.

Since 2017, Lebanese security forces have regularly interfered with human rights events related to gender and sexuality. On September 29, 2018, General Security forces raided and unlawfully attempted to shut down an annual conference that advances LGBTI rights and issued entry bans for the non-Lebanese participants. In 2021, the State Council, the highest administrative court, annulled the entry bans and stated that participation in a conference related to LGBTI rights falls under freedom of expression guaranteed by article 13 of the Lebanese Constitution.

Such disruptions are contrary to Lebanese jurisprudence on same-sex conduct as well as international human rights law. In July 2018, a Lebanese appeals court issued a groundbreaking ruling that same-sex conduct is not unlawful, dismissing charges brought against people under article 534 of the penal code, which criminalizes “any sexual intercourse contrary to the order of nature.” The judges denounced the law’s discriminatory intrusion into people’s private lives and declared that homosexuality is not “unnatural.” The ruling followed four judgments from lower courts since 2009 declining to convict gay and transgender people under article 534.

In 2021, during its Universal Periodic Review (UPR) at the UN Human Rights Council (UNHRC), Lebanon accepted recommendations to ensure the rights to peaceful assembly and expression for LGBTI people. Lebanon’s constitution guarantees freedom of expression “within the limits established by law.” The International Covenant on Civil and Political Rights, which Lebanon ratified in 1972, provides that everyone shall have the right to freedom of expression and freedom of assembly and association. The UN Human Rights Committee (HRC), which interprets the covenant, has made clear that it is prohibited to discriminate based on sexual orientation and gender identity in upholding any of the rights protected by the treaty, including freedom of expression, assembly, and association.

“The interior minister should immediately annul this discriminatory and unlawful decision and instruct the security agencies to robustly protect LGBTI people from violence and abuse,” Coalition Coordinator Najah Itani said. “Instead of using the rights of LGBTI people as a scapegoat, Lebanese authorities should be directing their attention to carrying out reforms to mitigate the impact of the economic crisis.”

Members of the coalition: