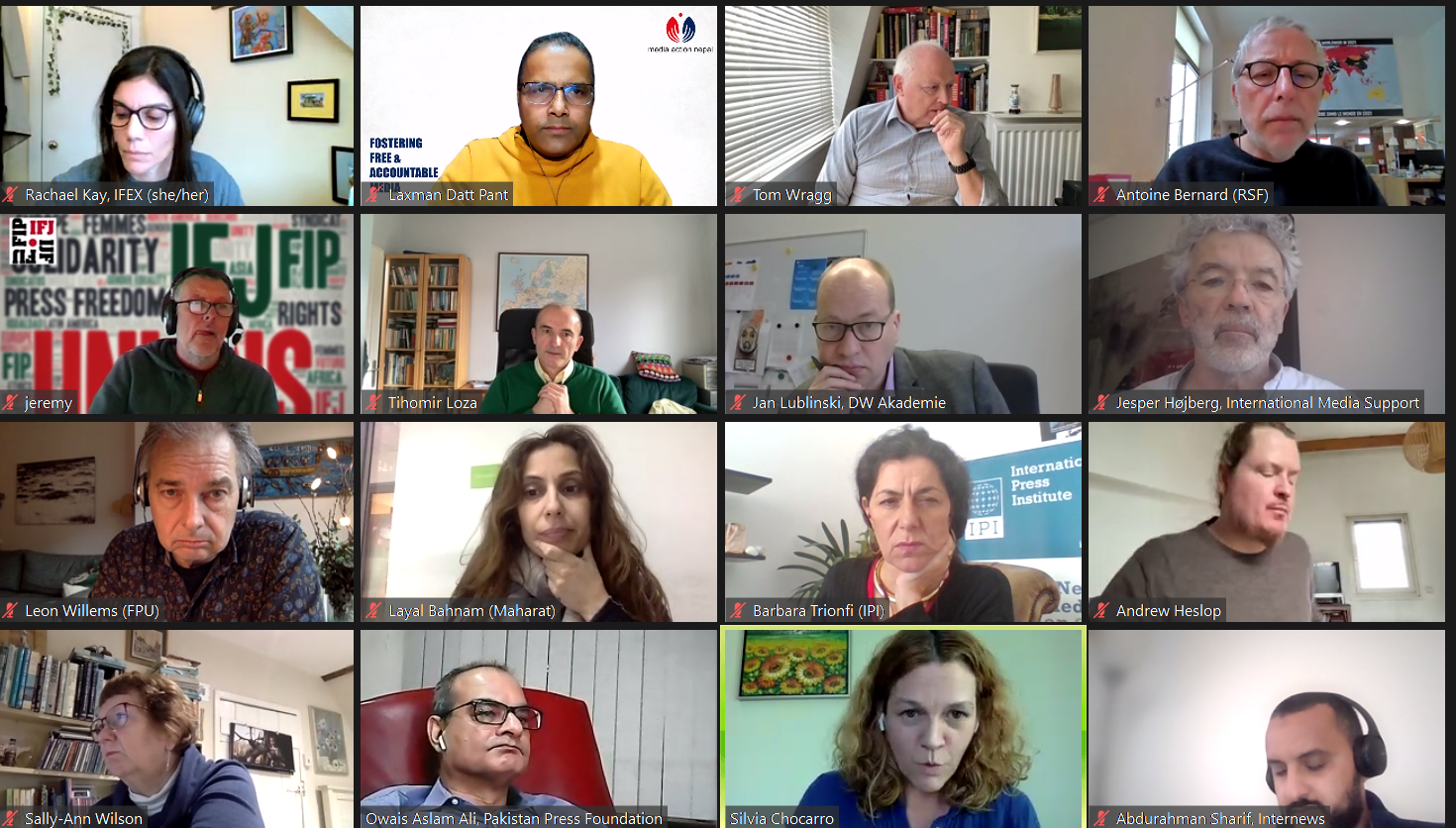 Media freedom has never been more important in light of  the COVID-19 pandemic and other global challenges. However, journalists continue to be killed, threatened and otherwise pressured into silence. These attacks have to stop. Democratic Societies cannot survive and flourish without an enabling environment for free, independent and pluralistic media. Worryingly, authoritarianism is on the rise. Time is of the essence.

We are calling on you, the MFC and its members, to fulfill the commitments expressed in the Global Pledge on Media Freedom. Concrete actions and effective measures to improve the media freedom situation both domestically and internationally must be taken. Specifically, we are asking the MFC to:

1- Take immediate action on the most urgent situations, such as Afghanistan, Belarus, Ethiopia, Myanmar, Nicaragua and Sudan, by creating coordinated systems of emergency support for journalists at risk and their families. This should include providing  emergency visas that have simple, clear and secure methods of submission and communication, and in the absence of such visas, expedite processing of visas for journalists and their families as well as ensuring safe passage, as per the recommendations of the High Level Panel of Legal Experts. Effective coordination with local and international civil society organisations working to protect and evacuate journalists should also be ensured.

2- Increase support to media development to a minimum of 1.0 % of international development, in particular to those initiatives enabling a free, independent and pluralistic media environment, expanding capacity building of national media actors, including media in exile, and strengthening the fight against impunity for crimes against journalists. Key to this is ensuring civic space for press freedom organisations to freely and safely operate at the local level and collaboration with international and local organisations with long-standing media development experience.

- Report in detail on Sustainable Development Goals indicators 16.10.1 (safety of journalists) and 16.10.2 (access to information) in Voluntary National Reports (VNR), using data from international and local monitoring groups, and provide support to these groups to reinforce their monitoring. In 2021, only four VNRs out of 44 included this information.

-  Contribute meaningfully to UN reports monitoring the implementation of UN resolutions. In the last two years, no more than 20 States have provided inputs to the reports.

- Support the work of the UN special procedures.

We call on this Ministerial meeting to consider and agree on the above concrete actions to be taken by the Media Freedom Coalition.

Media freedom can be improved, and must be improved. We can start today.

The Media Freedom Coalition - Consultative Network will be available to help; we will also hold you accountable.