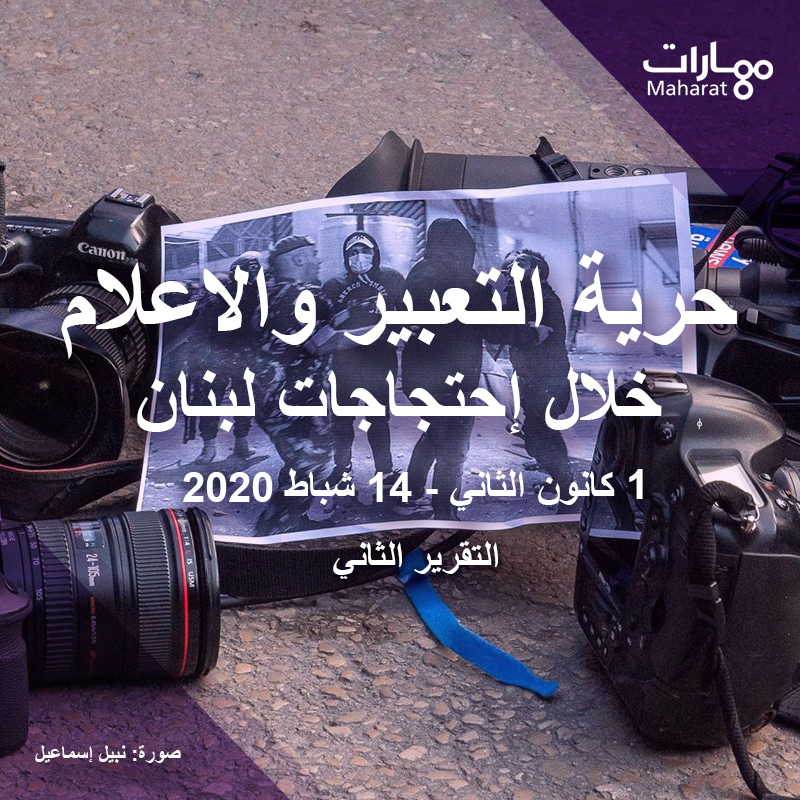 Freedom of Expression and Media During Lebanon Protests Jan-Feb 2020

With the ongoing revolution in Lebanon, Maharat launched the second report about Freedom of expression and media especially with consecutive attacks, arrests, and prosecutions that have been documented against journalists and activists during January till mid February 2020.

Maharat monitored the increasing oppressive measures taken by security forces to repress the protesters and inhibit the journalists from doing their work.  The oppressive acts reached its peak between the 15th and the 18th of January where live ammunition was used for the first time. Media was banned from covering the demonstration in front of AL-Helou barrack after 59 protesters were arrested. Journalists and photographers were attacked directly by security forces to hinder the documentation of violations against protesters. Journalists were also attacked during live coverage by civilians affiliated with political parties. The cybercrime bureau resumed its activities in January 2020, where intensified summons took place against activists and journalists for expressing their opinion or doing their professional work. A decreased protection of economic rights of journalists was also noted after some media institutions announced their inability to pay full monthly salaries, in addition to the closure of other media institutions.

To read the full report: Freedom of Expression and Media During Lebanon Protests Jan-Feb 2020