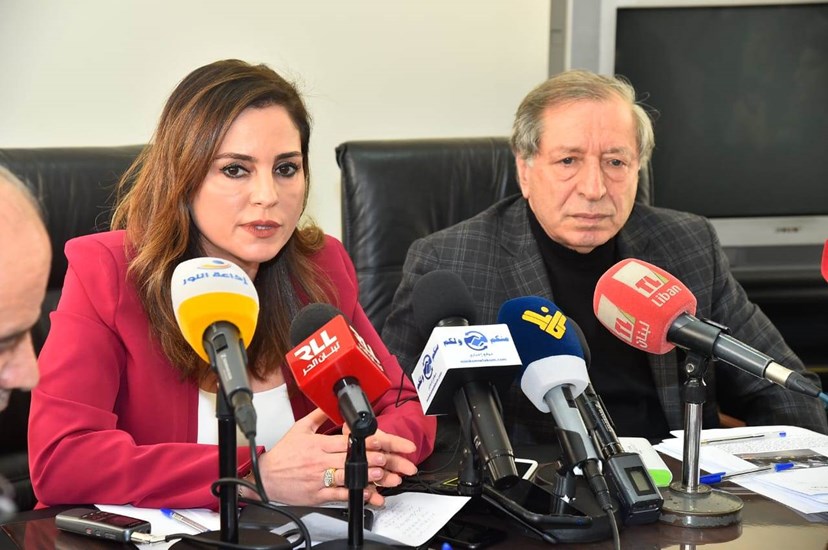 Based on the current debate about the attempts of the National Media Council to control electronic media and impose illegal and unconstitutional mandate, and with discussions of the new media law being resumed and the new initiative launched by the minister of information Manal Abdel Samad calling media representatives to present their feedback, and based on the content of the ministerial statement of Hassan Diab government on developing a new media law, Maharat Foundation calls the National Media Council not to overcome its powers granted by the law on television and radio broadcasting 94/382 to include websites. Maharat also calls the ministry of information and all stakeholders to build on the efforts made previously and to inform the public about its project to organize electronic media. Maharat has recalled the discussion path of the media law that has started around 10 years ago in cooperation with MP Ghassan Moukhaiber by republishing the principles and feedback proposed to amend the law to place it at the disposal of relevant authorities and to serve the current discussions about licensing websites.

It is important to highlight the following:

It is not the first time that the National Media Council attempt to expand its authorities to include electronic media, when the president of the council asked the information and communication committee to include the electronic media in the authorities of the national media council before finishing their study of the new media law. This proposal was not accepted, since the final draft adopted by the information and communication committee headed then by MP Hassan Fadlallah kept the proposals presented by MP Ghassan Moukhaiber and Maharat Foundation Which literally affirms that "freedom of opinion, expression and information in its various forms is absolute, and this freedom is not restricted except within the scope of general laws and the provisions of this law”, and that “Electronic media is free and launching of websites is not subject to any prior approval or licensing, and are subject to the provisions of legal articles related to intellectual property rights”.

The new media law proposal is now on the agenda of the administration and justice committee.  This proposal emphasizes the principle of independence of media websites in terms of not being subject to licensing or in terms of independence in their editorial work, where they are not subject to any authority. These digital newspapers and their employees are subject to the general obligations and laws that protect the reputation and dignity of others in case of abuse of freedom of opinion and expression right and constructive criticism. Maharat worked on including in the new media law legal articles to ensure freedom of expression in its broad term as recognized in democratic societies.

According to this proposal, what is meant by electronic media is digital news that provide media material addressed to the public, constantly updated and linked to daily events and interest of public opinion. These electronic media that adopted the format of digital newspapers published by teams of journalists is subject to the new law only in terms of transparency and disclosure of all information related to funding sources, management, ownership, and the working and editorial teams. Requiring a permit is notifying about the aforementioned information to a specific official or unofficial authority entrusted on the open record of the information available for everyone. No obligations are imposed on websites that do not meet the criteria specified above or that operate outside the Lebanese territory. Social media platforms are not subject to these provisions.

Maharat is concerned about the illegal attempts to control electronic media that has started since the National Media Council asked, without having the right to, from these websites to apply for registration at the council. Today, the National Media Council, without having the right to, is embracing the establishment of a temporary committee to represent websites and outline a plan for their legalization.

Maharat is also concerned about the unclear vision of the executive and legislative authorities in regards of reforming the media sector that is a fundamental sector in fighting corruption and providing information to the public. In the ministerial statement of Saad Hariri former government, the issue of eliminating the Ministry of Information was noted as one of the reforms, and then the current ministerial statement gave more power to the Ministry of Information by mentioning the work to pass a new media law. The minister of information started by launching consultancies in this regard with a focus on a proposal to organize electronic media and providing more powers for the ministry of information. It is important to note that there were no statements issued by the Ministry of Information explaining to the public opinion the project that the ministry is working on and whether there is any correlation between the work of the Administration and Justice Committee and the consultations and meetings held by the National Media Council.

Maharat recalls the history of the Lebanese newspaper journalism, which rejected any guardianship on their work during the most difficult circumstances that resulted in martyrdom of many journalists for the sake of the free word. Maharat emphasizes that electronic media is an extension of this history, that  no official or security authority can hinder the media freedom journey, and that any new media law proposal has to protect electronic media from the misuse of public authority.

Maharat demands relevant authorities to be more transparent in clarifying the attempts to control electronic media, and emphasizes the necessity to adopt a new media law that ensures freedom of media as a fundamental freedom in a democratic society where no administrative authority or any other entity has the right to provide permits to launch websites or impose any kind of prior or subsequent censorship.