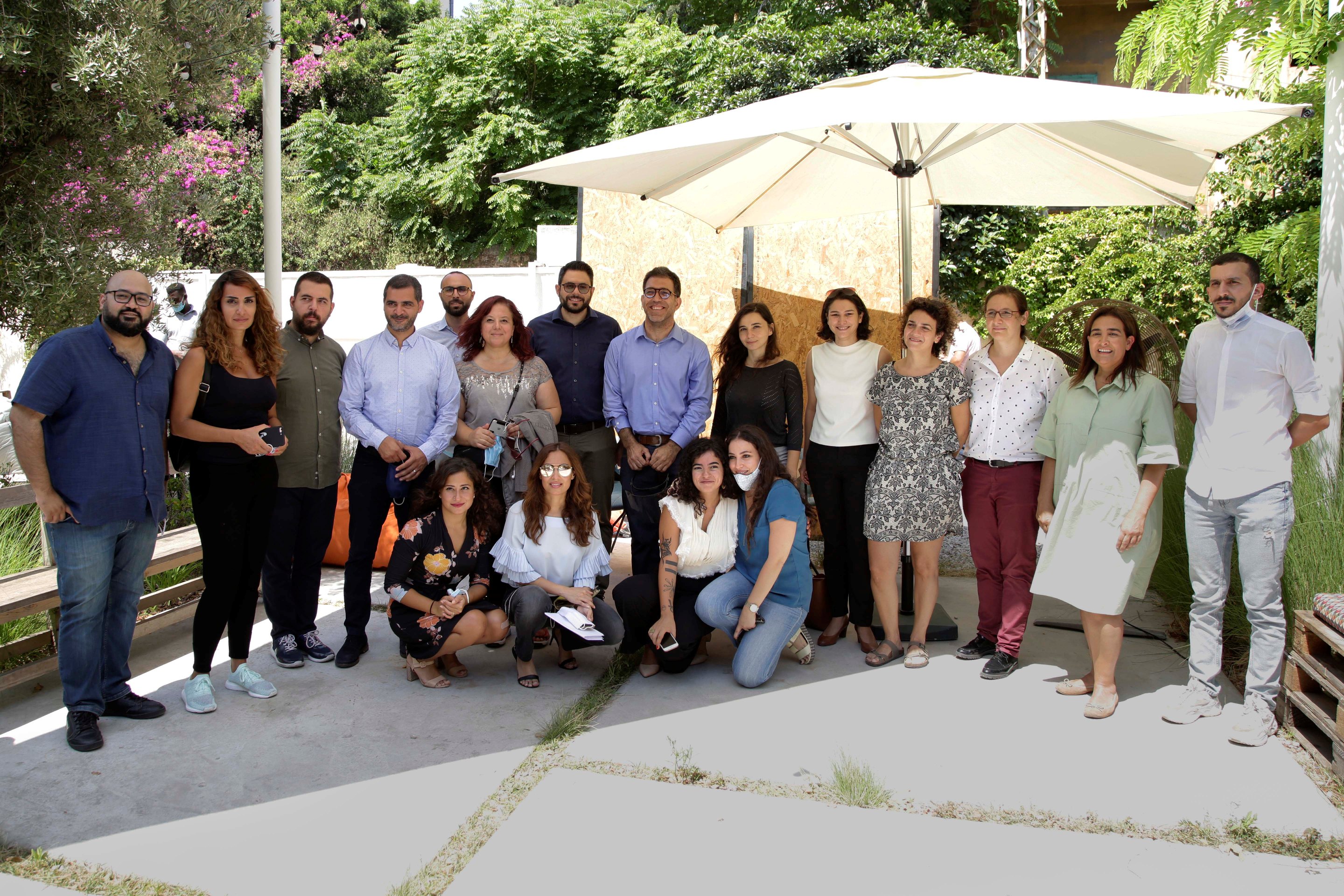 14 Lebanese and international organizations announced on July 13, 2020 the formation of a “Coalition to Defend Freedom of Expression in Lebanon” to oppose the Lebanese authorities’ attempts to stifle free speech and opinion in the country, the organizations said today.

Members of the coalition documented an alarming increase in attacks on peaceful speech and expression since mass protests in 2015. The attacks have further escalated in the wake of the nationwide protests that began on October 17, 2019, and at least 75 people have been arrested or summoned for interrogation for expressing their opinions peacefully. The official news agency reported on June 15 that the country’s top prosecutor ordered a security agency to investigate social media posts that are offensive to the president, using the country’s criminal defamation and insult laws. Insulting the president is punishable by up to two years’ in prison.

“Lebanon’s politicians have failed to provide for citizens’ most basic needs, and their corrupt practices have squandered away billions of dollars of public funds,” said the coalition. “Yet, instead of heeding protesters’ calls for accountability, the authorities are waging a campaign of repression against people who expose corruption and rightfully criticize the government’s significant failings.”

Although Lebanon is perceived to be one of the Arab world’s freest countries, powerful political and religious figures have increasingly used the country’s criminal insult and defamation laws as a tool for retaliation and repression against critics. They have especially targeted people leveling accusations of corruption and reporting on the country’s worsening economic and political situation in the country. Since 2015, Lebanese authorities have investigated thousands of people for peaceful speech.

In most of the speech cases documented by members of the coalition, the prosecution and security agencies acted improperly – and sometimes illegally – to intimidate and silence people charged in these cases. People interviewed by members of the coalition described a range of physical and psychological interrogation tactics they believed were intended to humiliate, punish, and deter them from publishing content deemed to be insulting to or critical of powerful people.

Public prosecutors and interrogating agencies also pressure people to sign pledges promising not to write defamatory content about the complainant in the future or to remove their offending content immediately, before those accused appear before a court to present their defense and in some cases without bringing charges against them. Lebanese lawyers agree that these pledges have no legal bearing as they violate fundamental rights and freedoms.

“Lebanon’s criminal defamation laws have created an unacceptable chilling effect on free speech,” said the coalition. “The increasing resort to these laws, as well as the clear bias exhibited by authorities handling these cases, has created a hostile environment for free speech and deterred people from expressing themselves freely.”

Lebanon’s constitution guarantees freedom of expression “within the limits established by law.” But the Lebanese penal code criminalizes defamation against public officials and authorizes imprisonment of up to one year in such cases. The penal code also authorizes imprisonment up to two years for insulting the president and up to three years for insulting religious rituals. The military code of justice criminalizes insulting the Lebanese flag or army, punishable by up to three years in prison. Laws that allow imprisonment over peaceful criticism of individuals or government officials are incompatible with Lebanon’s international obligations to protect freedom of expression, the groups said.

Parliament is debating a new media law that would amend the existing defamation provisions for published content. Members of the coalition expressed  concerns on whether consultations with civil society around the draft law had been meaningful and raised concerns about provisions of the draft law that constitute an unacceptable restriction on free speech. The coalition said that the bill, if passed, would set Lebanon even further behind in protecting free speech.

Despite repeated promises by parliamentarians to engage civil society in the drafting process, parliament is refusing to share with coalition members the most recent version of the draft law. Further, the meetings of parliamentary committees tasked with reviewing and amending the draft law are not publicly announced nor are they open to the public.

Coalition members were able to obtain an unofficial, leaked version of the draft media law that was amended in April 2019. While this version of the law prohibits pretrial detention for all publishing crimes, including those on social media, it does not eliminate prison sentences for alleged defamation and in some instances increases the prison penalties and multiplies the fines.

The Coalition urges public prosecutors and security agencies to refrain from summoning people to investigations for exercising their right to free speech and exposing corruption. They should also refrain from exceeding their jurisdiction by pressuring defendants to remove offending content or to sign pledges before they have had a fair trial. Parliament should also make legislative discussions in the parliamentary committees public, including discussions on the draft media law.

Parliament should also amend the draft law to bring it in line with Lebanon’s obligations under international law, including:

-       Decriminalizing defamation and insults such that they become civil offenses that do not carry any prison sentences.

-       Not granting public figures, including the president, special protection from defamation or insult. The mere fact that forms of expression are considered to be insulting to a public figure is not sufficient to justify the imposition of penalties. All public figures are legitimately subject to criticism and political opposition, and the law should explicitly recognize the public interest in criticism of public figures and public authorities.

-       Prohibiting government institutions, including the army and security agencies, from bringing defamation suits.

-       Providing that truth will be a complete defense to defamation, regardless of whom the defamation is directed at. In matters of public interest, the defendant should only be required to have acted with due diligence to ascertain the truth.

-       Decriminalizing blasphemy and defamation or insults to religion.

-       Criminalizing only statements that amount to advocacy of national, racial, or religious hatred that constitutes incitement to discrimination, hostility, or violence. The law should clearly define what is meant by each of these terms, using the Rabat Plan of Action as a Guide.

-       Removing all requirements for licensing of journalists and advance authorization of publications. Fees and conditions for allocation of frequencies for broadcast media should not be onerous, and the criteria for the application of these conditions and fees should be reasonable and objective, clear, transparent, and non-discriminatory.

-       Removing civilians and all children from the jurisdiction of the military courts.

“At this critical juncture for the country, Lebanon needs laws that protect people exposing corruption and misconduct rather than punishing them,” said the coalition. “Parliament should urgently bring the media law in line with international law and prioritize the decriminalization of defamation and insults.”

Members of the coalition: